Have you been late to file a PIT in Poland? There is an alternative – you can file a “czynny żal” 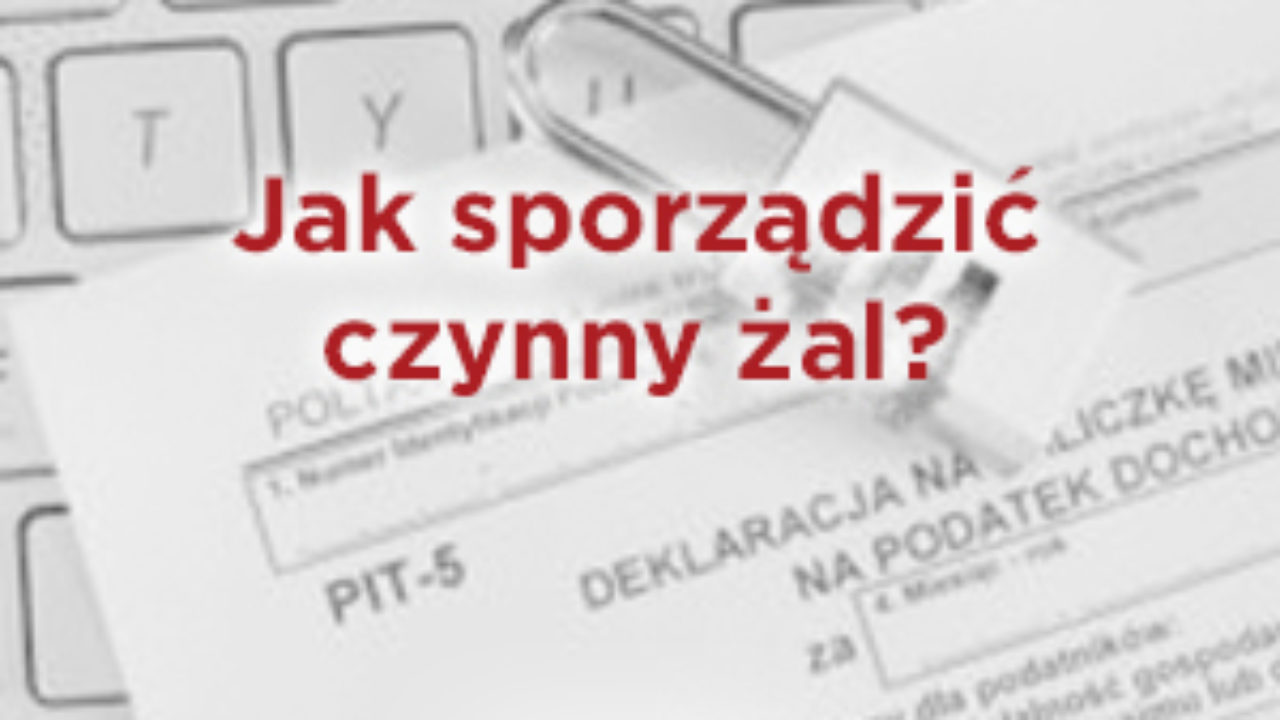 Have you been late to file a PIT in Poland? There is an alternative – you can file a “czynny żal”

Foreign citizens who work in Poland are required to file a report on their income.

Many people cannot do this for various reasons, for example, due to their absence from the country. Also, foreigners do not always have the opportunity to file a tax return electronically. It is not possible to file an e-declaration if it is filled out for the first time in your life. In addition, not all foreign citizens have an electronic signature (Profil Zaufany - ePUAP), and without it, the electronic system will not accept the document.

Failure to comply with the deadline for filing a declaration of income has serious consequences, violators can be fined. The special procedure, “czynny żal”, will help reduce or even cancel the fine.

How to avoid such a situation without violating Polish law?

Every taxpayer who had an income in Poland for the past year is required by law to submit an annual PIT declaration to the tax authorities.

Delay in PIT submission – the consequences

Failure to meet the deadlines for filing a tax return has serious consequences. The regulatory authorities of the tax inspectorate institute initiate a special procedure upon violation. Penalties for the offense are set individually for each case after the proceedings. The penalty for late submission of the declaration can be from 10 to 200 percent of the minimum wage.

If the investigation proves that the taxpayer deliberately avoids paying tax, and the amount of the debt exceeds the minimum wage five times or more, such an offense would be qualified as a tax offense. The amount of fines, respectively, will increase (up to twenty times the minimum wage), and the case will be brought to the court.

Delay in filing a declaration also entails the loss of a number of privileges available to those who filed the report on time.

For example, a taxpayer who violates the law cannot calculate the PIT together with a spouse or as a person raising a child on his own. Delay in filing a declaration deprives the right to transfer 1% of the taxes for charitable purposes.

If a mistake was made in the filed income statement, it can be corrected by issuing a special corrective form. This can be done for 5 years from the end of the calendar year for which this declaration was filed.

“Сzynny żal” is a voluntary declaration of the deadline violation for filing a voluntary tax return. This document also provides an explanation of the circumstances that led to the failure to submit the PIT on time.

It is very important to file “czynny żal” before the tax office discovers a violation and begins the investigation procedure. “Сzynny żal” should be submitted in person or by mail as a letter. This document has to be addressed to the head of the tax office. Although there is no approved form for this document, it should include the taxpayer data, the date and place of the application, the justification for the delay in submitting the PIT, and the applicant’s signature.

So, foreign citizens who were supposed to file a tax return in Poland but were unable to do so because of their absence from the country, can send a declaration by mail along with an explanation of the reasons for the delay, indicating them in “czynny żal”.

If there is tax debt, it should be paid as soon as possible, along with a penalty of 8% per annum of the debt.

A refund of the tax overpayments can be returned at the border when leaving Poland (entering your country).